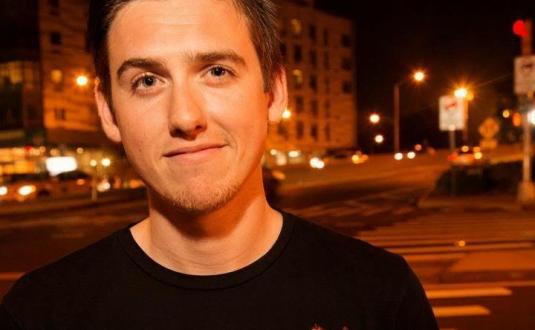 This years overall favorite Mike Feeney has been on a tear recently. Mike took down Corey Reppond in a co-main event at his last battle at the stand before heading out to L.A. producing the only New York win on the undercard at The Comedy Store. One half of the Irish Goodbye Podcast Mike is an absolute beast at roasting and was on the short list for early favorites and after the brackets came out he was considered by many a stone cold lock to make the final four. But a tough tests awaits him in round 1 as Emily Winter is no slouch. 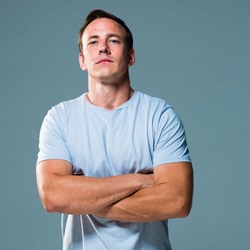 The highest ranked battler in the tournament, many are asking why Joel is even in the tournament? After the slugfest of a first battle with champ Eli Sairs and his immaculate record recently, a title shot seems like a near certainty. But Joel is never one to back down from a challenge as his masterful win against Erik Bergstrom in a main event battle proved. Detroits favorite roasting son is clearly a heavy favorite to win it all, even with the gauntlet of a bracket he’s going to have to fight through. His first test in Mookie Thompson is certainly no walk in the park. 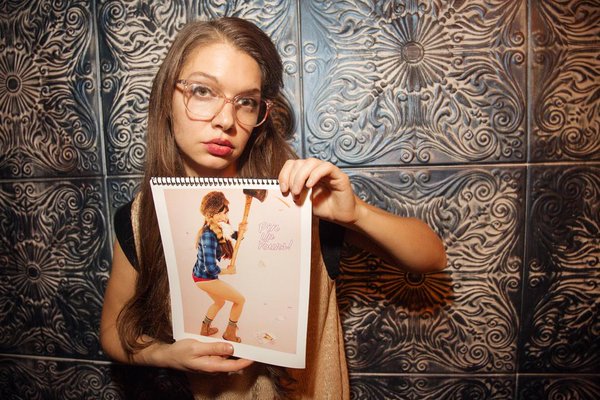 Indianapolis native Katie Hannigan is one of only two undefeated battlers in the tournament and with her 7th overall ranking it’s clear to see why she’s a favorite to win it all. Katie popped up on everyone’s radar with her incredible win over Mookie Thompson back in May. That got her a shot a the main event on the strength of just three battles. To her credit she did not back down taking down Corey Reppond in a 3 round slugfest that went to a one more joke sudden death. The win vaulted her into the top 10 and proved she doesn’t shrink on the big stage, this tournament could very well be her coming out party, assuming of course she gets through tough first round test in Elon Altman. 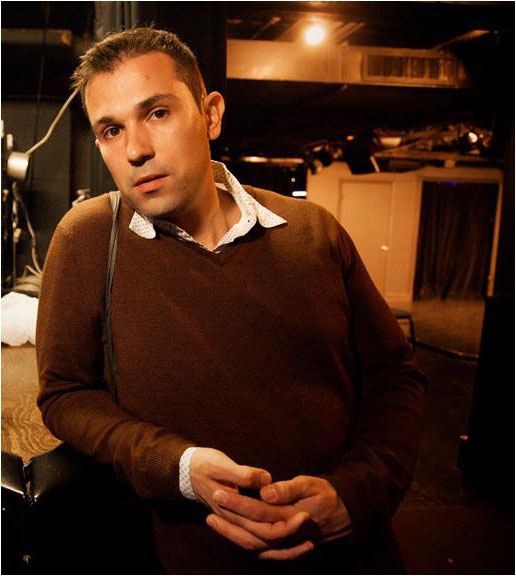 The highest ranked tournament battler outside of the top 25 on The Roastmasters rankings, the New Jersey product is a wildcard in this tournament. Mike hasn’t been on stage roasting much since his appearance on Roast Battle Season 1, but he has been a go to resource for many battlers behind the scenes helping them to prepare for big opponents. Now Mike’s ready to take his own shot at the title and it starts with a very tough test in the opening round against Erica Spera. 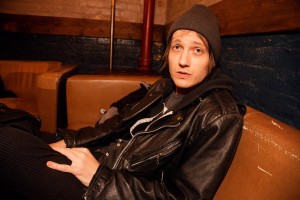 Veteran of the Roast Battle Season 2 prelims, Erik may not have the strongest record, but he’s never once failed to bring his A game to a battle. Who could forget his joke with the number 6 repeated over and over burying deep under Eli Sair’s skin or his hilarious Retards at the zoo book in the second round against Joel Walkowski. He may have lost both battles, but memorable moments are what make for Roastmasters lore and Minnesota’s Bergstrom is without a doubt unforgettable. The Comedy Central half hour alum is the biggest opening round favorite against Freddy G. 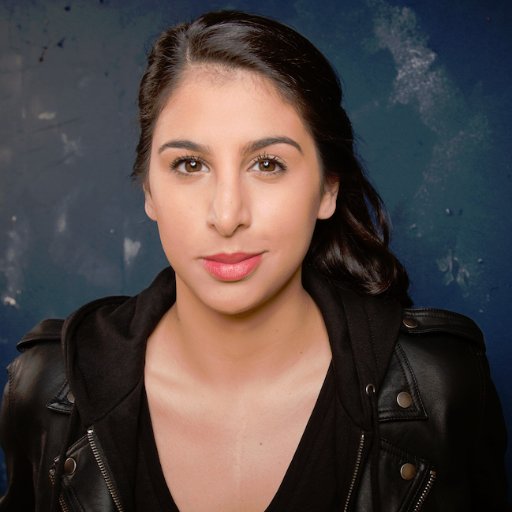 The only other undefeated battler in the tournament, Erica Spera is not to be taken lightly. The highest ranking first round dog in the competition Spera has more than held her own in every battle she’s been in at the The Stand since she first took the stage in April. She’s beaten a who’s who of veterans in her short run to 3-0, taking down Liz Magee, Eli Yudin, and most recently a main event battle against Ian Fidance. Her first round battle against Mike Recine should be an absolute slugfest. 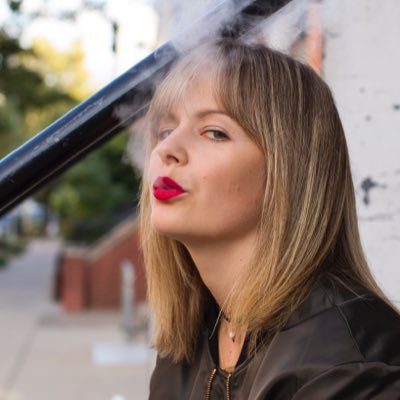 It’s tough to find a record much better than Rosebud’s as you scroll through the top 25. Despite a razor close decision that went to Emily Winter, Rosebud has been on fire this year at The Roastmasters. She’s a heavy hitter, but shes in for quite a test in her first round battle with Ian Fidance, undoubtedly the closest in the first round. 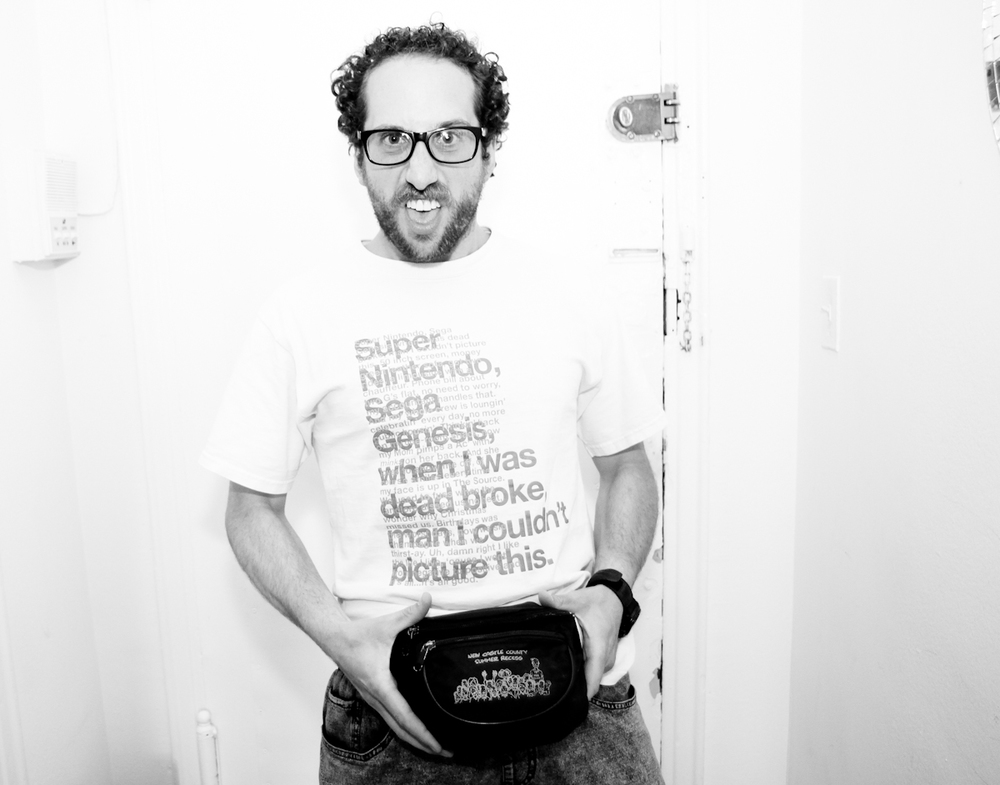 Described by Legion of Skanks Dave Smith as a “70’s poet” Fidance has the most entertaining stage presence of anyone in the tournament. Using pizzaz and twirls he very nearly won a decision in a main event against Erica Spera last month. His unorthodox style and charming delivery will certainly be a challenge for Rosebud Baker in what looks to be a coin flip of a first round match. 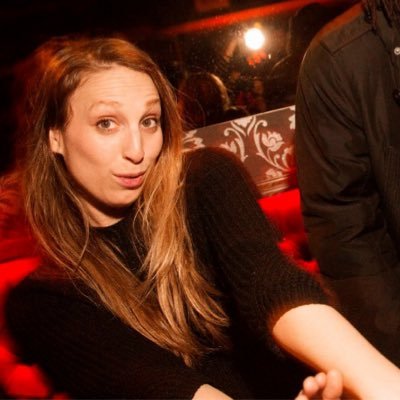 The always outspoken Myka Fox is suited perfectly for The Roastmasters. Her always cutting and razor sharp wit have lead to some memorable moments at the Stand. Now the Co-host of Shame On believes it’s her time for a title shot. There’s little doubt that if she can get past her very evenly matched tilt with Corey Reppond she’ll be a force to be reckoned with in the later rounds. 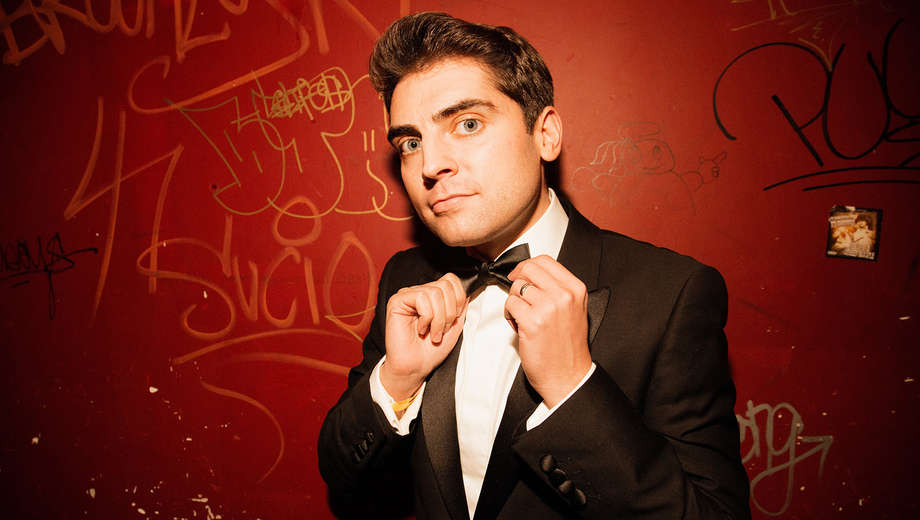 It’s rare you’ll see a sub .500 battler in a tournament of this magnitude, much less considered in the middle of the pack to take it all down. But the New York’s very own, Elon Altman has been bucking trends for years. The diminutive Roaster brought his record up to an even 2-2 with a huge win against Jay Welch before dominating Lindsey Jennings early, only to lose thanks to some late controversy and a slightly unfair crowd vote. Elon is without a doubt one of the toughest outs in this tournament and if he were on the left side of the bracket his odds would be much shorter, but his first round matchup against Katie Hannigan is only the first of many difficult hurdles between him and a title. 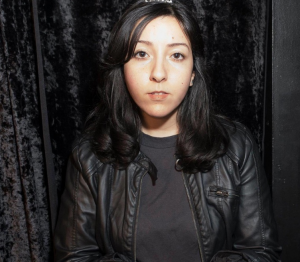 Possibly the biggest snub from the last season of the Roastbattle prelims, Dina was an absolute monster against Aaron Berg at The Village Underground. Her minimalist style is awesome an incredible juxtaposition to her deep and cutting barbs. The New Jersey native is certainly a dark horse, but given her side of the bracket, if she can get through a very close test in Dave Kinney she’s got a real shot at shocking the world. 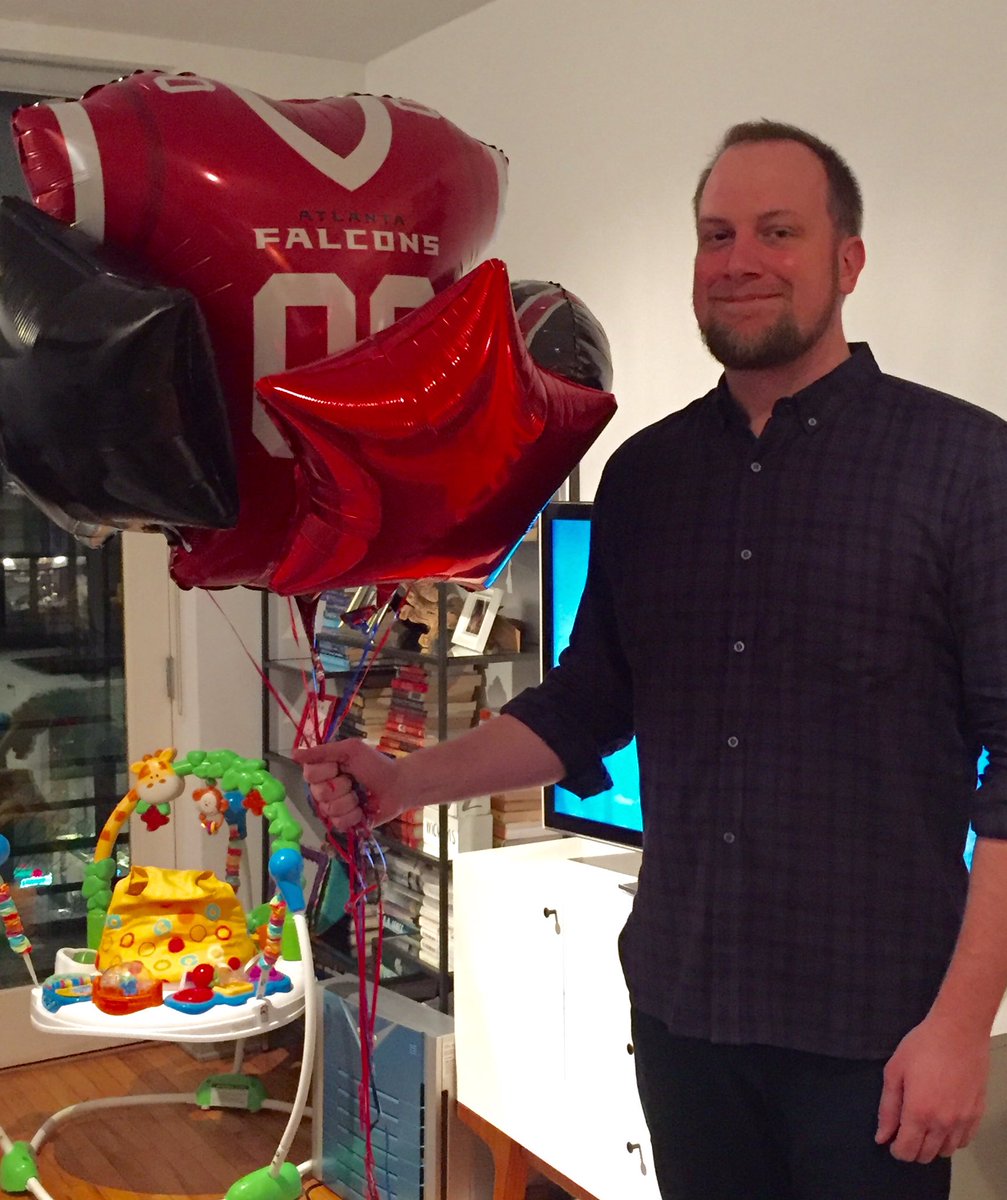 Hardly a gentle giant when it comes to The Roastmasters stage, Dave Kinney has been a beast this summer. He kicked it off beating Lindsey Jennings back in June before destroying KP Burke in a co-main event just 2 weeks ago. Dave is running hot and seems to have found his groove at the right time for this tournament. The host of Saving the Dolphins is the other side of the very tough to call first round matchup with Dina Hashem. A win early could see the South Florida product making a deep run in the tournament. 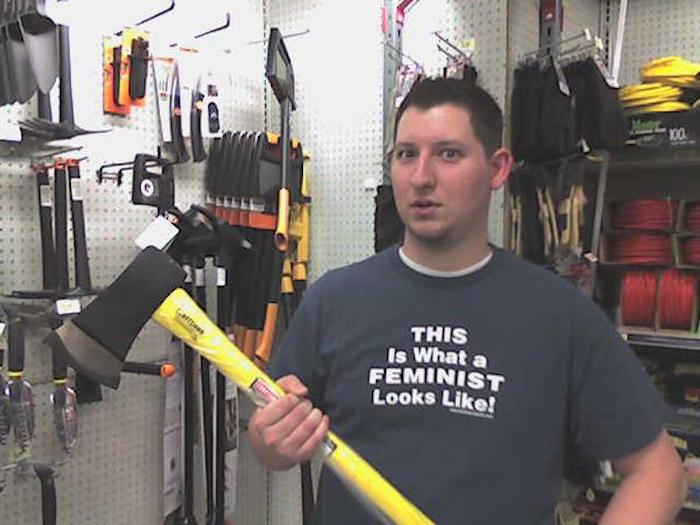 Tired of his reputation as a “gatekeeper” to the top 10, Corey Reppond is ready stake his claim to a title shot. Two of Corey’s four losses have come at the hands of top seeds in this tournament, meanwhile he alternated those losses decimating Chrissie Mayr and Victor Varnado. He has the longest odds of anyone in the tournament favored to win their first round matchup, and will prove to be a tough out for everyone he faces, especially Myka Fox. 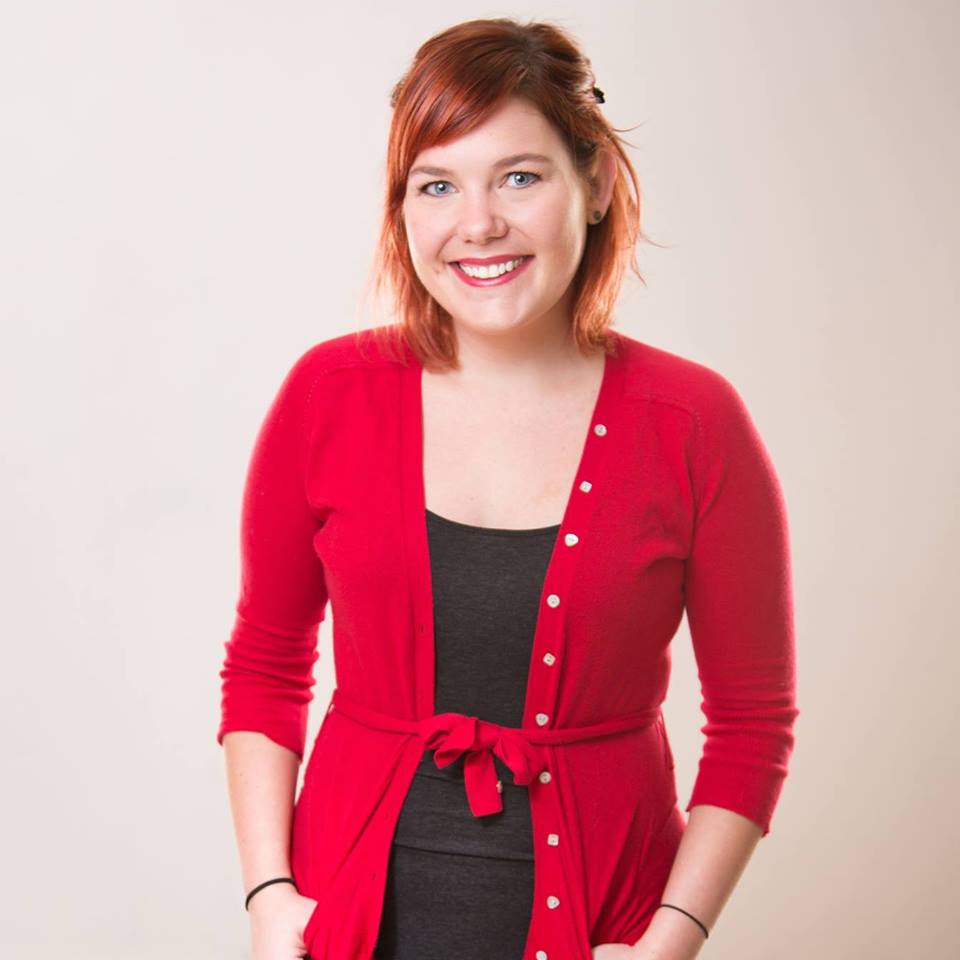 Don’t let her wide smile deceive you, Emily Winter is a killer. She proved as much in her main event win over Rosebud Baker back in June, now Winter enters the tournament looking for a shot at the title. The Illinois native is one of the biggest underdogs as far as the overall odds go, but she’s proven she’s a master of the unexpected. Mike Feeney certainly won’t be looking past this opening round matchup. 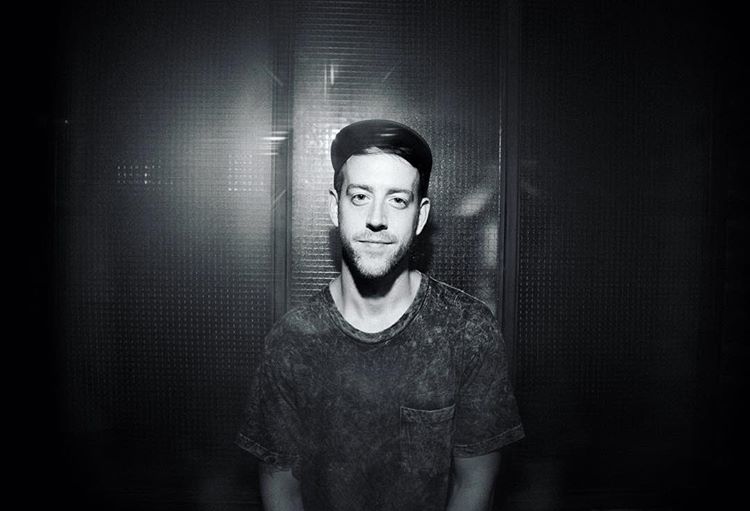 Mookie recently fell out of the top 25 rankings after Katie Hannigan stole his soul a few months back. But he’s been a little too busy to redeem himself, performing all over the city, opening for The Lucas Brothers at JFL and hosting The NYC Blunt Club. But now the rapper turned comic is back with a vengeance and has a real shot at a cinderella story and redemption if he can get past highest ranked battler Joel Walkowski. 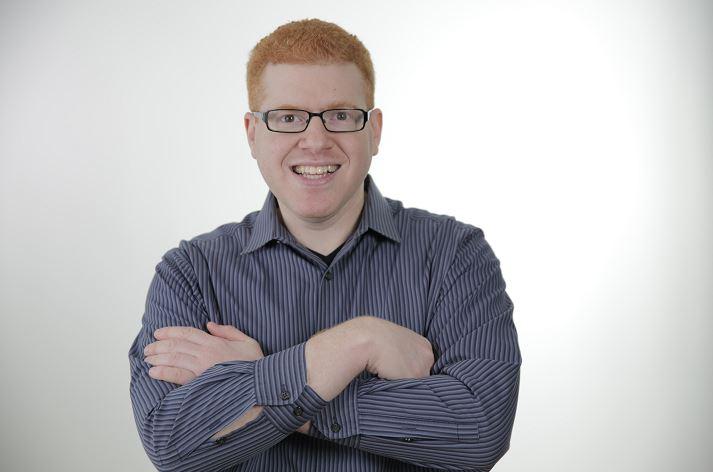 The ‘68 Jets, The Miracle on Ice, Buster Douglas, those guys would have nothing on FreddyG if he can win this tournament. Freddy saw his two battle win streak snapped by Jess Salomon before he bounced back in an excellent battle against Raanan Hershberg. Now one half of Model and the Mensch is up for his biggest task to date, an opening round battle against seasoned roaster Erik Bergstrom. Sure, he’s the longest odds to win the tournament and the biggest dog in the first round, but with his unique blend of confidence and “aww shucks” charm that seems to land well with judges, I wouldn’t count him out just yet.

Come on down this Tuesday to The Stand NYC at 10:30 PM to catch the first round of this incredible tournament. Tickets are just $5 with promo code MASTERS get them before they sell out! If you can’t make it out but still want to catch it live head here to sign up with GaS Digital Network. Use the promocode ROAST for a 14 day free trial and 15% off monthly membership after that. Members can watch live and join in on the chat or whenever it’s convenient for you. Plus you get the ad free audio version early, access to the Roastmasters archives to relive classic battles as well as all the other great content on the network. If you can’t sign up help us out and follow on Itunes and be sure to leave a 5 star ranking and a positive review.

Big thanks to BetDSI for hosting the battle odds. To sign up head to Betdsi.com and use promocode Roast25 for an extra 25 dollars to play with and use it to bet on your favorite roasters. One last time here’s what all the odds look like on Betdsi right now.